Preparing the Capitol Lake –Deschutes Estuary Long-Term Management Project EIS was a multi-year process that is now complete. Throughout the process, Enterprise Services and the EIS Project Team were committed to transparent and thorough stakeholder engagement and appreciated the time and attention stakeholders gave to this project.

Enterprise Services convened a CSB representing a broad range of interests. This group met 10 times since the project began to provide feedback on various EIS elements, including the ability of the alternatives to achieve long-term support from local tribes, stakeholders, and communities. Meetings were open to the public and information about past meetings is posted on the Meetings page.

Participants in the CSB provided information, exchanged ideas, and provided individual or collective perspectives around substantive topics. There was no voting or requirement to reach consensus. Information from CSB meetings was shared with the project Work Groups and considered by Enterprise Services as decisions were made, but the CSB did not make decisions for Enterprise Services.

Meetings were open for observation by the public, and a brief public speaking opportunity was provided at each meeting. Observer written comment forms were provided for in-person meetings.

Enterprise Services formally solicited applicants for the CSB in early 2019 and selected a group of individuals representing a wide range of interestes, organizations, and communities.

Visit the Heritage Park Trail Loop to read about the Capitol Lake – Deschutes Estuary Long-Term Management Project. You can start and end at any location. 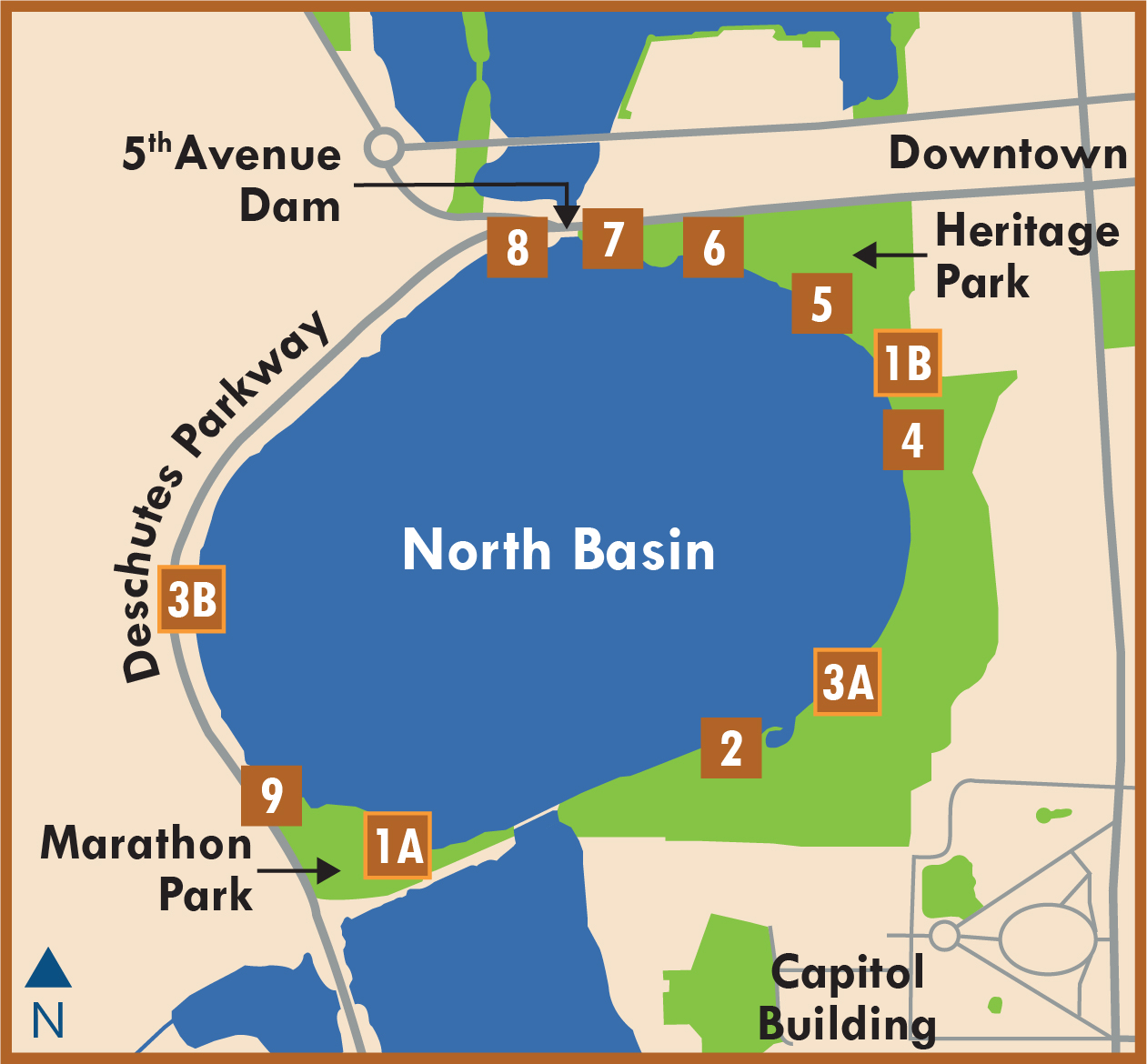 The Final EIS is also available for public access at the following locations.

Stay Up To Date

Please join our email list to receive project updates. We will also keep the website up to date as the project progresses! For questions about the project please email info@CapitolLakeDeschutesEstuaryEIS.org.